From mobile applications that support self-directed learning to analytics for tracking students’ progress, more schools here are tapping technology to aid students in their learning and prepare them for the future workplace.

Nearly a decade ago in 2007, the Ministry of Education (MOE) named five pioneering “schools of the future” under its Future Schools project. These schools, picked as test beds for the use of educational technology, are, according to the MOE, “trailblazers” in engaging in information and communications technology (ICT) projects.

In later years, another three schools joined the initiative.

The MOE has since observed that more schools – beyond the eight schools selected for the programme – have experimented with technology for learning and teaching. But it did not reveal the number of schools that do so.

Educators told The Straits Times that students, being digital natives, are more involved when technology is used in their learning. The technological tools also allow teachers to track their students’ understanding of concepts taught in class.

“Many of our students are comfortable with the use of technology even from an early age,” said Dr Victor Lim, deputy director of technologies for learning at the MOE. “Technology can be used not just to increase students’ engagement, but also to… help them learn better.”

He added that the tools help students to achieve “future-ready” competencies, such as thinking critically as well as communicating and collaborating with others.

The efforts by schools to tap technology are supported through the eduLab programme, where expertise and funding support are provided. The initiative by the MOE and the National Institute of Education, supported by the National Research Foundation, is tasked with developing ICT innovations that can be adopted by schools here.

At Jurong West Secondary School, students use an online annotation tool to analyse visual text – such as in advertisements – for subjects such as English. They then make sense of the links between the visuals and the text, and express their points of view.

These different interpretations, which can be viewed in real time by their peers, allow students to engage in discussions and reach a common understanding.

The tool is one of the latest introduced by eduLab and may be rolled out in more schools.

“It is not just about using the latest cutting-edge technology for the sake of using it. It is the students and their learning that is at the heart of this.”

Since the Future Schools initiative was introduced, the schools under it have tried out a range of innovations in their classes. They include Beacon Primary School, Nan Chiau Primary School and Ngee Ann Secondary School.

At Nan Chiau Primary, mobile technology is used to help pupils learn concepts taught in subjects such as English and science.

For instance, pupils can record their observations of phenomena taught in their science classes with text, video, pictures or audio recordings, and then compare the differences.

The project has since been adopted by nine other schools.

Ms Jenny Lee, Nan Chiau Primary’s subject head of ICT for science, said that prior to using technology in the classrooms, pupils had difficulty drawing links between concepts and everyday life. “They tend to memorise scientific concepts without understanding them.”

Meanwhile, Ngee Ann Secondary has developed a Web-based program that promotes students’ critical reading skills. The program was piloted in a Secondary 3 class last year and will be adopted across the level this year.

Students will read materials on the Web-based platform and then consider the text’s purpose and points of view, among other things.

Madam Muneira Daud, the school’s head of department for English, said a teacher in a typical classroom can only address a number of concerns. “Technology buys us time and space, and is another means of communication.”

But experts such as Dr Lim noted that technology merely aids teachers in delivering their lessons and does not replace them.

As part of their professional development, the teachers have gone through training and mentoring sessions to help them tap technology for teaching and learning.

“Technology is just a tool,” Dr Lim said. “It is the educators who make the difference.”

A version of this article appeared in the print edition of The Straits Times on February 08, 2016, with the headline ‘More schools tap tech tools for learning’. 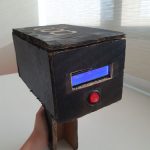