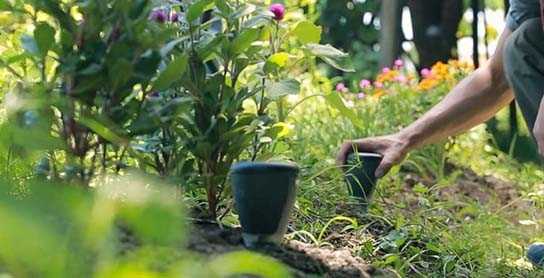 About 60 miles from the site of the deadly 2011 nuclear disaster in Fukushima prefecture, inside a former silicon chip manufacturing facility owned by the Japanese computer company Fujitsu, a small team of highly trained engineers are working on one of the company’s hottest new products. Fujitsu’s marketing team claims it’s already proving a hit with their oldest–and youngest–consumers. It’s so popular, in fact, it’s probably just the first in a long line of related Fujitsu products. The product is lettuce.

Like the giant monolith in Stanley Kubrick’s 2001, this new head of lettuce is simultaneously a product of this factory’s past and the future. Fujitsu is a space-age R&D innovator with sprawling, specialized factories. But several of its facilities, including this one, went dark when the company tightened its belt and reorganized its product lines after the 2008 global financial crisis. Now in the aftermath, it has retrofitted this facilities to serve tomorrow’s vegetable consumers, who will pay for a better-than-organic product, and who enjoy a bowl of iceberg more if they know it was monitored by thousands of little sensors.

FROM WORLD-LEADING TO HYDROPONICS

A year into the project, Fujitsu is now producing between 2,500 and 3,000 heads of a lettuce a day that sell for three times the normal price: The company is using its hydroponic lettuce farm to showcase its “smart” farming technologies, in the hopes of nurturing a new agribusiness.

The project is the outgrowth of a company-wide reorganization following the 2008 financial crisis, after which Fujitsu decreased its number of product lines from nine to six. Originally built in 1967, the building where the company is now growing lettuce was once the largest transistor factory in the world. Over the years, Fujitsu expanded, buying up three other buildings and the remainder of the industrial park, bringing its total footprint in the area to roughly 260,000 square meters.

After the post-Lehman reorganization, however, workers stripped the building of much of its machinery, left a “mere skeleton, just a concrete box,” says Kohji Nomaki, director of planning for Fujitsu’s Advanced Agricultural Division. Still, the facility retained all that was needed to seal it off from bacteria and dust. Semiconductor factories are specially outfitted with filtration devices to create a clean room environment, because “just one piece of dust on a semiconductor will make it usable,” explains Nomaki.

At the facility, located in the traditional Japanese city of Aizuwakamatsu, long rows of lettuce trays are stacked seven levels high, each bathed in iridescent hues of ultraviolet light. Workers in full-body white, protective suits move among the rows carrying tablets and checking on sensors arrayed throughout the 2,000-meter-square facility.

“The same members who used to manage the clean room for semiconductor production are the members that are managing clean room for vegetable plant,” Nomaki said. “It’s a very elaborate filtration system. So they have knowledge how to realize this optimized environment for production.”

To showcase its smart-farming technologies, Fujitsu has equipped the space with more than 100 sensors that monitor temperature, moisture, CO2, air current, lighting, fertilizer flow, and the pH of the soil. Readings are uploaded to the company’s latest cloud platform, allowing the teams of engineers in their suits to monitor them on Fujitsu tablets. It’s the Internet of things in a completely antiseptic space.

Dominque Betaz, a Florida-based agricultural researcher who currently serves as head of new product development at Pathway Biologists, notes that there’s a need for new products that integrate information from sensors, and to make them user friendly. The market for systems to maximize greenhouse yields, he adds, is growing overseas. China, he notes, has 2 million acres under greenhouse.

“In cold countries where you have to feed people year round and you have limited space, like Japan and Holland, this type of system makes a lot of sense,” he says. “For just a couple thousand dollars worth of monitors, you can markedly increase your yield.”

BY ADAM PIORE, taken from https://www.fastcompany.com/3032307/the-internet-of-things-meets-hydroponics-how-to-grow-a-better-vegetable

4 Benefits Of Learning Programming At A Young Age 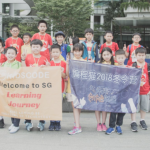